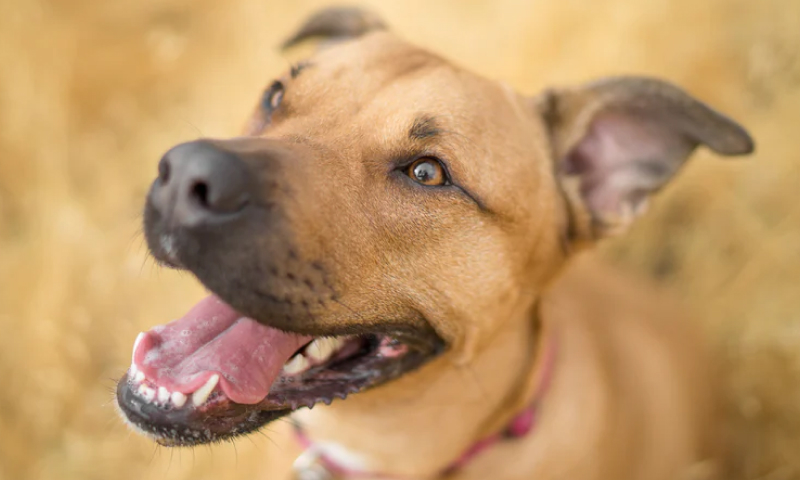 You may have heard concerning statements from your veterinarian or fellow dog owners about grain-free diets causing a heart failure in the form of dilated cardiomyopathy (DCM). In 2018, the FDA released a statement saying that there may be a potential link between diets without grain and DCM, yet there have been no follow up studies supporting this statement since the original claim. DCM is a disease that is caused and influenced by a multitude of factors. Below are some reasons why there may be more to DCM in dogs than just diet.

The heart is one of the most important organs in the body, responsible for pumping blood to the muscles and other organs. The heart is a four chambered pump, comprised of two atria and two ventricles. The heart receives oxygenated blood from the lungs, where it moves through the left atria and left ventricle. The muscular left ventricle forces oxygenated blood out into the major artery, the aorta and is subsequently distributed to all of the tissues in the body.

Overtime, the constant pumping of the heart can result in wear and tear on the heart muscles. One such condition, called dilated cardiomyopathy, causes a decrease in the heart’s ability to pump blood to the tissues and eventually leads to heart failure. DCM is a result of the left ventricle, the chamber of the heart responsible for generating the most force, becoming enlarged and ventricular walls weakening. This means that while more blood is filling the ventricle chamber, the muscles are not strong enough to force the blood out of the heart. Poor ventricular function leads to inadequate blood flow and heart failure.

DCM is a multifactorial disease, meaning that it is not caused by any one thing, but instead is usually the result of multiple factors. It is also worthy to note that DCM actually has a very low incidence, with canine DCM only occurring at a rate of 0.4% in the United States. Chronic degenerative valve disease actually takes the top spot as the most common cardiac disease, pushing DCM to the second spot. This is likely due to the fact that DCM is a subclinical symptom of other factors. Below are some of the causes of the contributing factors to the disease.

Certain breeds are much more likely to develop DCM. Some of the most at risk breeds include golden retrievers, labradors, american cocker spaniels, boxers and doberman pinchers. It is hypothesized that certain purebred and mixed breed dogs may have a heritable gene for DCM that can be passed onto offspring. More research is needed to identify this gene so that it can be considered during breeding practices.

DCM is commonly a secondary disease, resulting as cardiac assault from a primary disease. The following are a few diseases that can lead to the development of DCM:

Nutrient deficiencies are one of the associated factors with relevance to DCM. If a certain diet is low in the following nutrients, it may put dogs at a greater risk of developing DCM:

The argument that grain-free diets are deficient in some of these nutrients is untrue. If properly balanced, grain-free diets can be of sufficient nutritional value and no less deficient than a grain-containing diet. To ensure that your dog’s diet is adequate, check for a statement saying that it is properly balanced according to AAFCO guidelines.

Limitations and conflicting data in the FDA study

The initial FDA investigation on DCM contains multiple limitations and may likely be the reason for the lack of concrete follow up. Below are a few of the problems surrounding the 2018 FDA analysis.

The sample of dogs used in the FDA report was rather small, with only a total of 308 dogs included. This sample was also not balanced for breed, phenotype, age or any other parameters. Of the 308 dogs used, 73% of those included in the study were DCM predisposed breeds like golden retrievers and spaniels. This probably boosted the perceived number of cases, contributing to bias during sampling.

Furthermore, the dogs used in the sample were not screened for any underlying conditions or factors that could have contributed to the presentation of DCM. There was also a lack of and inconsistent sampling. Errors and missing information regarding factors such as treats fed, body condition score and table scraps fed, among others, could have also contributed to a DCM diagnosis. Lastly, it was also estimated that there could have been sampling bias associated with the explosion of concern on social media, linking boutique diets to DCM.

The FDA statement suggested an exercise in caution for pet owners considering feeding grain-free or boutique diets, with a list of brands being called out. The issue with this list was that even though the FDA warned against boutique diets, 49% of the brands listed were among the top 6 pet food brands in North America and do not contain any “exotic” proteins. Hardly an isolated, boutique brand problem.

Conversely, there has been inconsistency in the diagnosis and testing of DCM. Not all veterinarians are trained to accurately diagnose this cardiovascular disease, especially with multiple factors needing to be looked at. Even so, without a proper history collection, DCM cases cannot reasonably be linked solely to a dog’s diet.

The causation of DCM in dogs is unknown, as there are likely multiple contributing factors including genetics, underlying diseases, diet and environmental factors. The FDA warns against grain-free diets and boutique diets but with the overwhelming amount of conflicting data and lack of any follow up studies, these diets pose no official threat. Our advice to pet owners is to seek out pet food that is properly balanced according to AAFCO standards and look for taurine under the list of ingredients. Ultimately, at this time, avoiding grain-free diets due to fear of DCM is unnecessary. 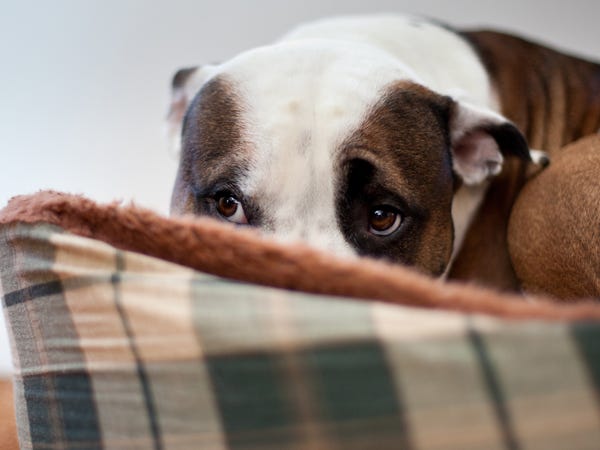 What you can do to manage separation anxiety in your dog 🥺 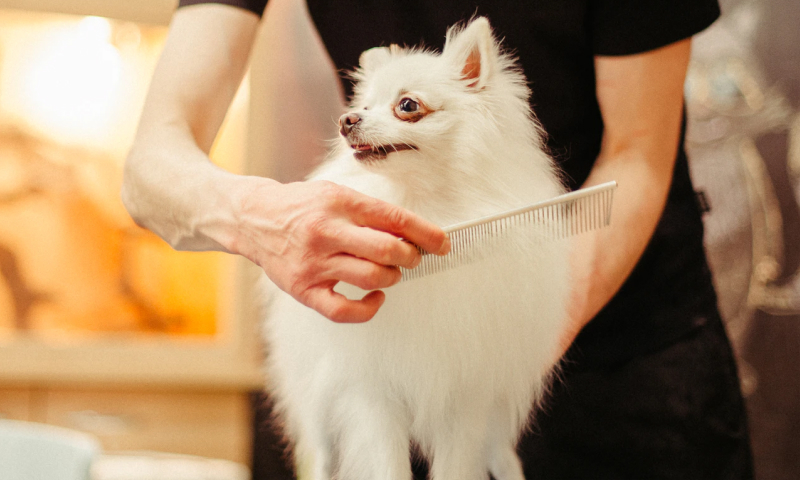 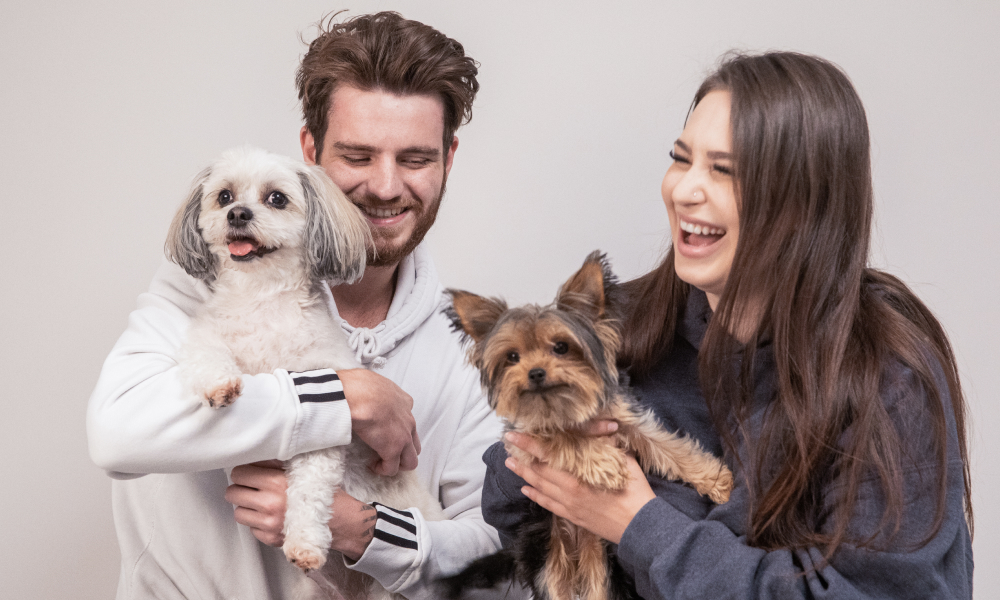 The Canine Influence on Humans

Thank you! Your submission has been received!
Oops! Something went wrong while submitting the form.